Coral reef ecosystems the world over are faced with mounting crisis. The causes range from pollution, rising ocean temperatures, to overfishing. Indonesia, home to 20% of the world’s coral reefs, 75% of the world’s existing corals, 54,700 km of coastline, 6.1 million square kilometers of EEZ, has major incentive to engage in planning for coastal natural resource and shoreline management. 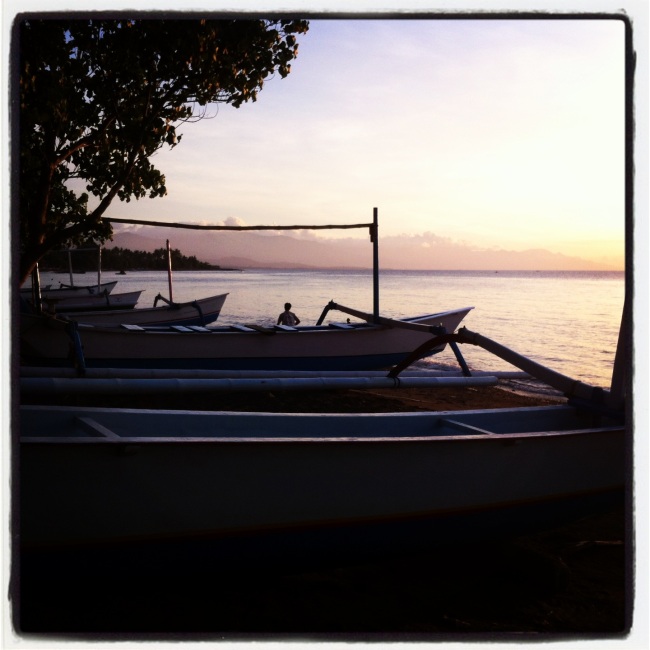 Attracting millions of dollars a year with ocean-related eco-tourism, villages in the Buleleng regency, North Bali, the location of my summer field work, have a vested interest in ensuring the health of the corals. Coral reefs have major implications for the populations that depend on them. Where you have corals, you also have large fisheries that feed both local and distant populations. Corals are buffers for large tropical storms, and biodiversity hot spots housing 3,5000 species on Indoensia’s reefs alone.

In 1998, El Nino killed off almost 80% of the Indian Ocean’s corals. Fishermen in these same villages lost their primary source of income nearly overnight and were driven to desperate measures to collect what small fish populations remained. These methods included using cyanide to stun ornamental aquarium fish, so that they can be easily harvested and sold, or dynamiting corals to harvest fish for food. Despite great effort on the part of the central Indonesian government and local authorities, several seasoned divers and resort owners reported hearing dynamiting taking place off of Menjanggan Island National Park as recently as this year.

This multi-part series of blog entries will outline some of my fieldwork in Indonesia. I focus on the community’s resilience, or its ability to bounce back from an ecological crisis. Resilience is important in an era of rising seas, temperatures, and rapidly diminishing ecosystems. Resilience can be analyzed along three lines: social, ecological, and economic. Social resilience is the social cohesiveness of the village, or how well community members collaborate and “get along” in their day to day lives. This is very high, yet complex, in the Balinese village. Economic resilience is found in the income stability of the village inhabitants. Environmental resilience is how well equipped the reef and related ecosystems are to regenerate themselves after sustaining damage. Resilience is a complicated idea to measure, and as such, qualitative, long-form interviews with over 100 stakeholders in villages that border reef ecosystems were taken, ranging from 30 minutes to 5 hour boat trips, or 4 hour dives. This data is still quite fresh and will take some time to form it into a publication with meaningful contributions to theories of adaptation and resilience.